4.2.4 Solving and preventing conflicts of jurisdiction 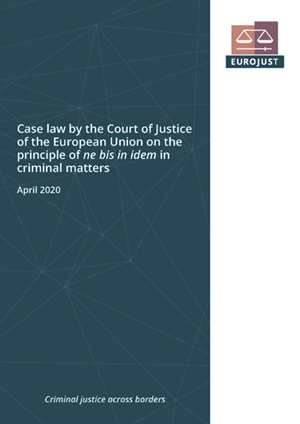 In recent years, the increase in European cross-border crime has led to a growing number of cases in which multiple Member States have jurisdiction to prosecute and take such cases to trial. Parallel proceedings, in which investigations into the same crime take place in two or more Member States, can be beneficial in combating crime more effectively, provided coordination is ensured.

However, in certain situations, the parallel progression of cases in separate jurisdictions can compromise the outcome of investigations, eventually resulting in a violation of the ne bis in idem principle, also known as double jeopardy. As part of its mission to facilitate judicial cooperation, Eurojust often assists national authorities in preventing conflicts of jurisdiction and in facilitating the transfer of proceedings.

To give judicial practitioners more guidance, in April 2020, Eurojust published an updated overview of case law by the CJEU on the principle of ne bis in idem. The new document provides summaries on five additional CJEU judgments, compared with the previous edition of 2017. In total, information is now available on 20 judgments.