6.1 European Commission: a key partner in the governance of Eurojust

The European Commission is a key partner in the governance of Eurojust. A Commission representative participates in the new Executive Board, which was established in 2020, and the College of Eurojust when it exercises its management functions. In 2020, Eurojust and the Commission deepened cooperation on the judicial dimension of several strategic projects in the fight against cross-border crime at EU level, including:

In the autumn of 2020, as a follow-up to Eurojust’s four-year strategy specifying the third countries and international organisations with which there is an operational need for cooperation, the Commission submitted a Recommendation to the Council to obtain a mandate for negotiations with a number of third countries. Eurojust, for its part, began hosting the new phase of the EuroMed Justice Programme funded by the Commission to further strengthen the strategic and operational cooperation in judicial criminal matters in the Euro-Mediterranean area.

As partners in the Digital Criminal Justice study since 2019, Eurojust and the Commission assessed the needs of judicial practitioners in terms of digital tools and infrastructure. The outcome were several proposals for digital solutions to enable the exchange of judicial cooperation requests, information and evidence electronically across borders in a secure way. Following the Commission’s communication in December 2020 on the next steps, Eurojust is prepared to continue the strong cooperation 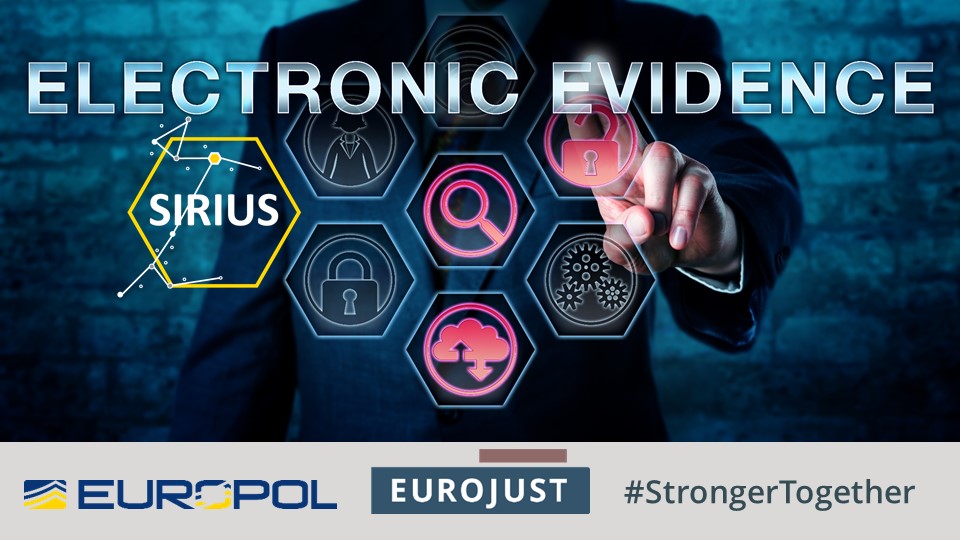 with the Commission and the other JHA agencies and EU bodies to bring its support capabilities to the judicial authorities of the Member States into the digital age.

Eurojust became a full partner to the SIRIUS project, a central reference point in the European Union for knowledge sharing on digital cross-border investigations for law enforcement and judicial authorities that has received funding from the Commission’s Service for Foreign Policy Instruments.