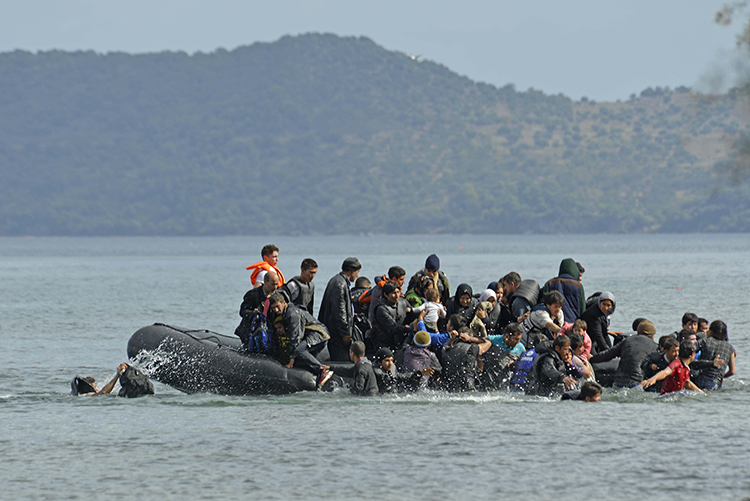 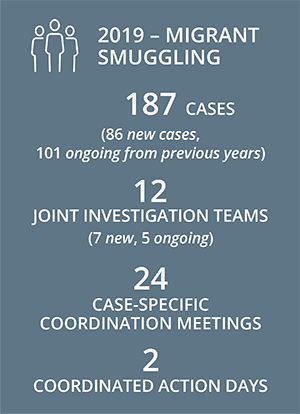 In 2019, Eurojust supported 187 investigations focussing on migrant smuggling, using all available tools, including the organisation of 24 case-specific coordination meetings and the organisation of two coordinated action days. 86 of these cases were newly opened during the year and 101 were ongoing from previous years, which is an indication of the growing complexity of the investigations.

The cases regularly involve the full participation of third States. Eurojust has designated contact points in third countries with whom it can liaise at both strategic and operational level in specific cases. Further, Eurojust helps involved authorities to develop links with relevant European and international organisations such as EUNAVFOR MED, the EMSC, FRONTEX and UNODC.