The Spanish Desk is headed by José de la Mata Amaya, who is the National Member for Spain since November 2020. 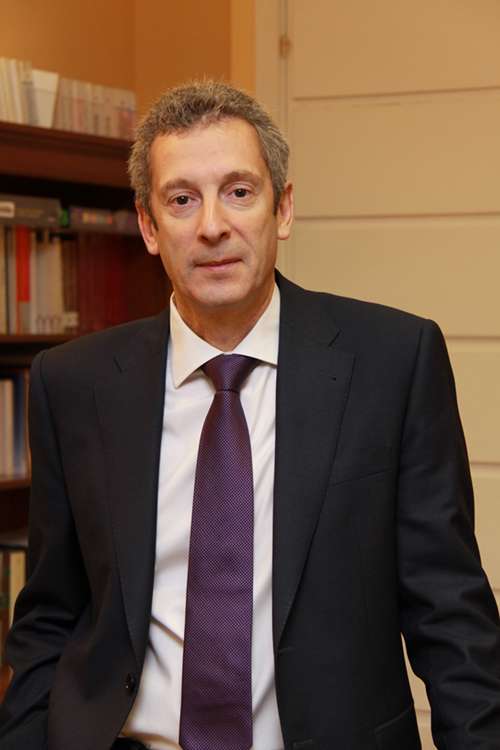 José de la Mata Amaya was appointed National Member for Spain in November 2020. Mr de la Mata entered the judiciary in Spain in 1987. He has been a member of the prosecutor’s body, serving in several judicial positions in the criminal jurisdiction, including as investigative judge in Algeciras and Cádiz, as judge in criminal trials in Las Palmas de Gran Canaria, in the Court of Appeals of Las Palmas and Madrid, and in the High Court of Justice of Madrid. From 2015 to 2020, he served as judge of the Central Investigative Court No 5 of the National Court.

Mr de la Mata has held the positions of lawyer of the General Council of the Judiciary (1993-2001), where he was Director of its Continuing Training and International Relations Departments, lawyer in the service of the Constitutional Court (2003-2009), and General Director of Modernisation in the Ministry of Justice and Secretary-General of the Administration of Justice (2009-2011), where he promoted the creation of the International Legal Cooperation Network of Lawyers of the Judicial Administration.

As contact point for Spain in the Network of National Experts on Joint Investigation Teams (the JITs Network) since 2017, Mr de la Mata has engaged in intense international activity as a consultant, expert and director on projects funded by the Spanish Agency for International Cooperation AECID, UNDP, IADB, WB, EU and others.

Jorge Espina Ramos was appointed Deputy National Member for Spain in November 2020. Mr Espina is a Spanish Public Prosecutor specialised in the international area. He has worked for the European Commission (as Twinning Pre-Accession Advisor in Slovakia between 2001 and 2003, and as Seconded National Expert in the External Relations Unit of DG Justice between 2005 and 2006). He has also worked at the Spanish Prosecutor General’s Office, both in the International Section of the Technical Secretariat (2006-2011) and in the International Cooperation Unit (2011-2015).

Mr Espina joined Eurojust in 2015 as Seconded National Expert to the Spanish Desk, taking up the position of Assistant to the National Member for Spain at Eurojust between 2017 and 2020. He is currently contact point of the EJN, as well as a member of the Commission Expert Group on EU Criminal Policy. He has published numerous contributions on various legal topics (mainly related to international cooperation) and has broad experience as lecturer for various academic and official institutions.

Mrs Elisabet Castello was appointed Assistant to the National Member for Spain in February 2021. Mrs Castello entered the judiciary in Spain in 1987. She has served as a judge in several judicial positions both in civil and in the criminal jurisdiction, being the last one Senior Judge at one Investigative Court in Barcelona, which was specialised in international cooperation. She also is part of the Spanish network REJUE since 2006 acting as a contact point for cooperation matters. When joining Eurojust, she entered as a member of the Anti-Corruption subgroup of the Economic Crime Team. Since 2018, she is also lead examiner from Spain for OECD for the Working Group on Anti-Bribery Convention. 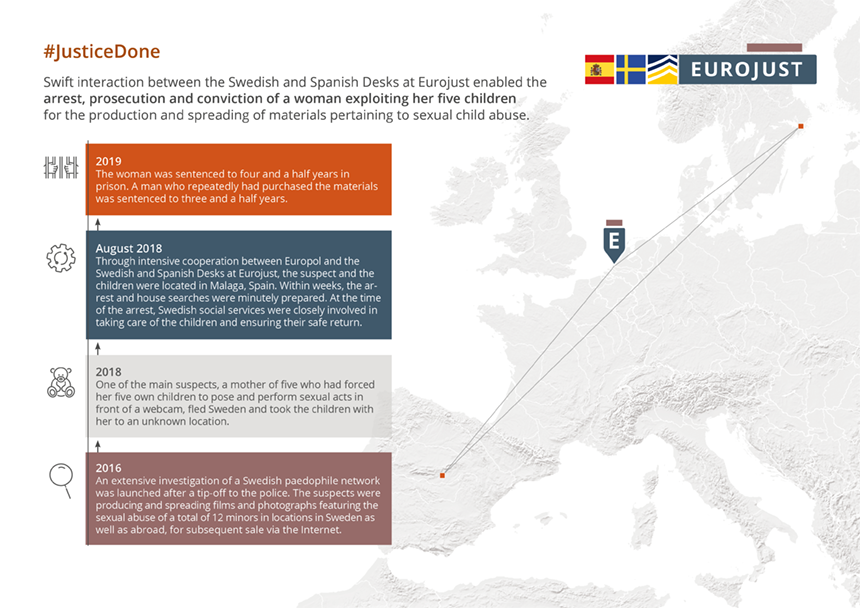