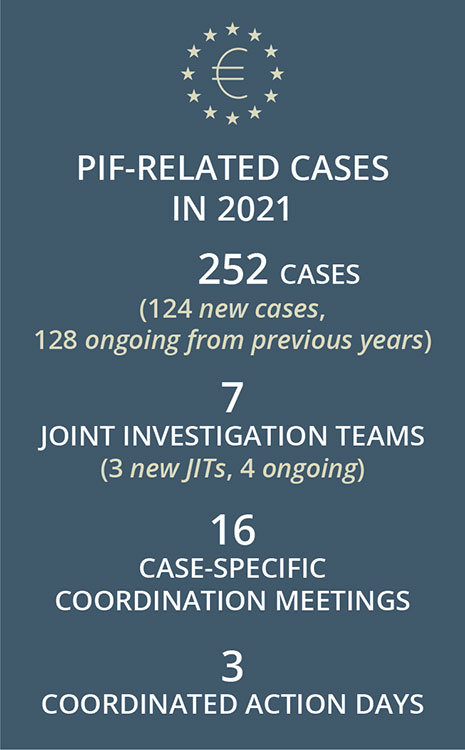 Eurojust also cooperates with the European Public Prosecutor’s Office (EPPO). The EPPO is an independent, decentralised prosecution office of the European Union with a mandate to investigate and prosecute the perpetrators of crimes affecting the EU budget committed in the 22 Member States that are participating in it. Eurojust and the EPPO have concluded a working arrangement covering operational cooperation, institutional relations and administrative matters.