World Day against Trafficking in Persons 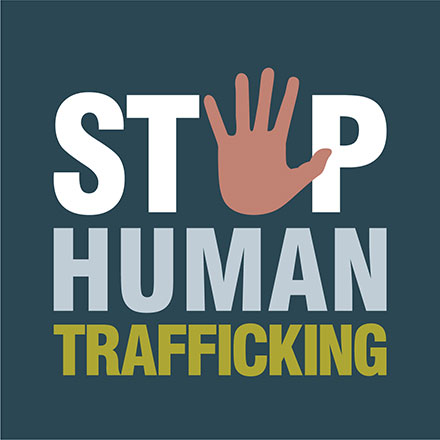 Nine human traffickers sentenced to total
of 33 years in prison

Human trafficking is one of the most heinous crimes dealt with by Eurojust. The number of cases taken on by Eurojust has risen starkly over the years, to a total of nearly 350 in 2018. In one compelling case last year, Eurojust helped the national authorities of the United Kingdom (UK) and Latvia to bring down a ruthless organised crime group (OCG) involved in cross-border modern slavery. The complex investigations in both countries were merged under a joint investigation team (JIT), set up and financed by Eurojust. This team helped national authorities to target the entire criminal gang from Latvia and gather the necessary evidence to arrest, prosecute and convict them. In 2018, 9 out of 11 suspects were convicted, and received sentences totalling more than 33 years.

The UK investigation, which began in 2012, focused on the trafficking of socially vulnerable Latvian nationals from Latvia to the UK for forced labour and financial exploitation. Another investigation into the same criminal organisation was initiated in Latvia in 2017. The victims were housed in properties in Derby, UK, in poor conditions, and placed in legitimate employment. The OCG took control of the victims' bank accounts and income, claiming compensation for travel, accommodation and other living costs.

The links between the parallel national investigations led to the establishment of the JIT at Eurojust, which helped to identify and protect the victims and detect the criminals operating in both countries. The JIT members followed a multi-disciplinary approach, involving inter alia the Derbyshire Constabulary, the National Crime Agency (NCA), the Crown Prosecution Service, the Organized Crime Combating Department of the State Police (Latvia), the Specialized Prosecution Office for Organized Crime and Other Branches (Latvia) and Europol in the investigation. Altogether, 14 operational meetings were held in the UK and Latvia, enabling direct and effective communication between the JIT members and on-the-spot exchange of information for a tactical and strategic response. In the context of the JIT, two joint action days were also successfully carried out in the UK and Latvia, respectively, resulting in the arrest of all suspects and the disruption of their illegal activities.

The JIT members implemented a mutually agreed and carefully considered trial strategy regarding victims and witnesses to obtain evidence suitable for use in the UK criminal justice system, which was selected as the best place to prosecute. As the engagement of victims as potential witnesses was fundamental to the success of the investigation, and given the victims' vulnerability, the JIT was assisted by non-governmental organisations and other institutions in dealing with the victims. Within the JIT, all necessary measures were taken to ensure the victims' safety, such as house safeguarding, escorting when travelling, and spontaneous intervention to minimise intimidation by the criminal group.