New US Liaison Prosecutor takes up duties at Eurojust 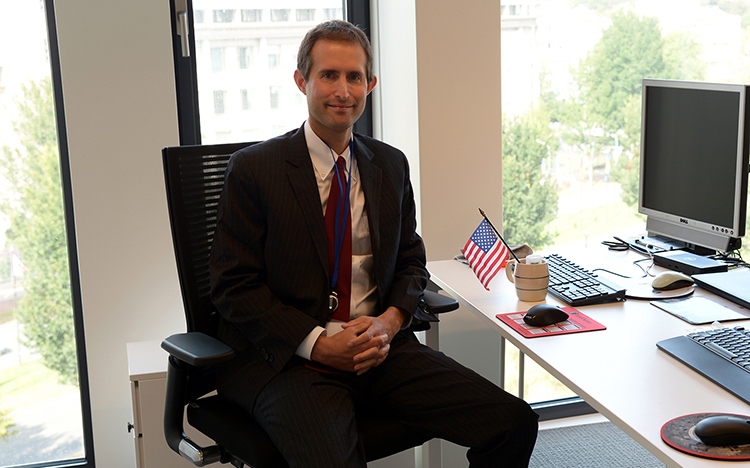 The new LP for the United States has a longstanding career in the US legal profession, and as a member of the Europe and Eurasia Team, he has successfully handled numerous requests for extradition and mutual legal assistance with European treaty partners. Prior to this role, Mr Mirrer-Singer was a prominent member of the Litigation and Legal Policy Team, where he litigated complex extradition proceedings throughout the United States.

In the Department’s Office of International Affairs, he has also been involved in the establishment of mentoring and training programmes. Before joining the U.S. Department of Justice, Mr. Mirrer-Singer spent more than a decade practicing law in the litigation group of a global law firm, working on a broad range of international matters.