Today, Eurojust President Ladislav Hamran presented the Annual Report 2017 to the LIBE Committee of the European Parliament. Last year, nearly 4 500 prosecutors, judges and police officers from all over the European Union and beyond came to Eurojust to work together to solve serious cross-border crimes. They referred nearly 2 700 new cases to Eurojust in a wide range of crime areas, including organised crime, terrorism, cybercrime and migrant smuggling.

Judicial coordination delivers concrete results: in ten high-level cases in which Eurojust made a fundamental difference, national authorities in the EU Member States were able to make 345 arrests, seize more than EUR 30 million in assets, and collect vital evidence.

'Fifteen years ago, we prosecutors interacted via cumbersome diplomatic channels and crime was different, much more confined within national borders than today', said President Hamran. 'In 2017, criminals cross borders but we still have 28 Member States with different jurisdictions, each with its own set of rules, for example for the admissibility of evidence. But thanks to the tailor-made support Eurojust can give to national authorities , we can effectively coordinate our investigations and connect the national jurisdictions for criminal law. This support and cooperation make a real difference on the ground and allow us to work together in a spirit of trust, cooperation and partnership.' 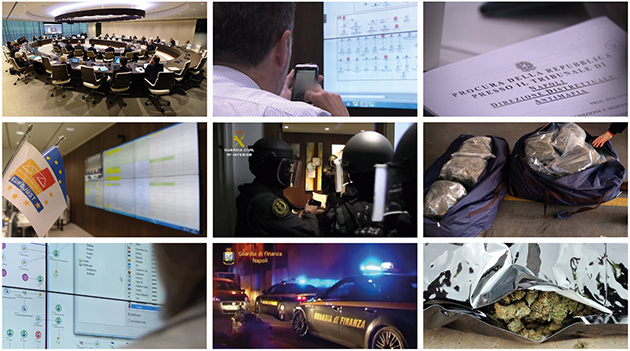 Mr Hamran also stressed the importance of judicial cooperation tools that have become so essential in fighting cross-border crime, including the European Arrest Warrant, freezing orders, the European Investigation Order and possibility to create Joint Investigation Teams, legal instruments which prosecutors were only dreaming about fifteen years ago.

Mr Hamran highlighted three cases that unfolded in 2017. Each demonstrates the type of results achieved and the support Eurojust can offer to national authorities:

Facing up to future challenges

Eurojust remains fully committed to providing swift and tailor-made assistance to prosecutors around the European Union and building further on the trust and partnerships it has created. This cooperation is especially important, considering the expected rise in international crime activity in the coming years, with a modest estimate being that the average growth in casework for Eurojust will be approximately nine per cent each year, meaning that by 2027, nearly 7 000 cases could be referred to Eurojust annually.

Mr Hamran invited the LIBE Committee to carefully consider how the institutions can find a structural solution to Eurojust's financing needs in the upcoming discussions on the 2019 and 2020 budget to enable Eurojust to face up to the future challenges and continue to support justice across borders.

For more information related to the relevant ongoing criminal proceedings in the football related case, please see the press release of October 2017, ?or contact the Communication services of the Office of the Attorney General of Switzerland at info@ba.admin.ch.