A new chapter is opened today in the protection of the European Union’s budget and the strengthening of its anti-fraud architecture with the operational start of the European Public Prosecutor’s Office (EPPO). Based in Luxembourg, the EPPO will be responsible for investigating, prosecuting and bringing to judgement criminal offences affecting the European Union’s financial interests. Building on its expertise in criminal justice cooperation in the EU and beyond, Eurojust will serve as a close partner of the EPPO in the efforts to protect the integrity of expenditures from the EU budget.

On 12 October 2017, the Council adopted the EPPO’s founding Regulation following a political and academic debate on the need for a European Public Prosecutor and what it should look like in practice. While many important steps towards establishing the EPPO were taken since, today’s launch of its operations marks a major milestone. The EPPO is headed by European Chief Prosecutor Ms Laura Kövesi and will in a first phase accommodate Delegated Prosecutors from 22 EU Member States. It will investigate fraud involving EU funds of over EUR 10 000 and cross-border VAT fraud involving damage above EUR 10 million. 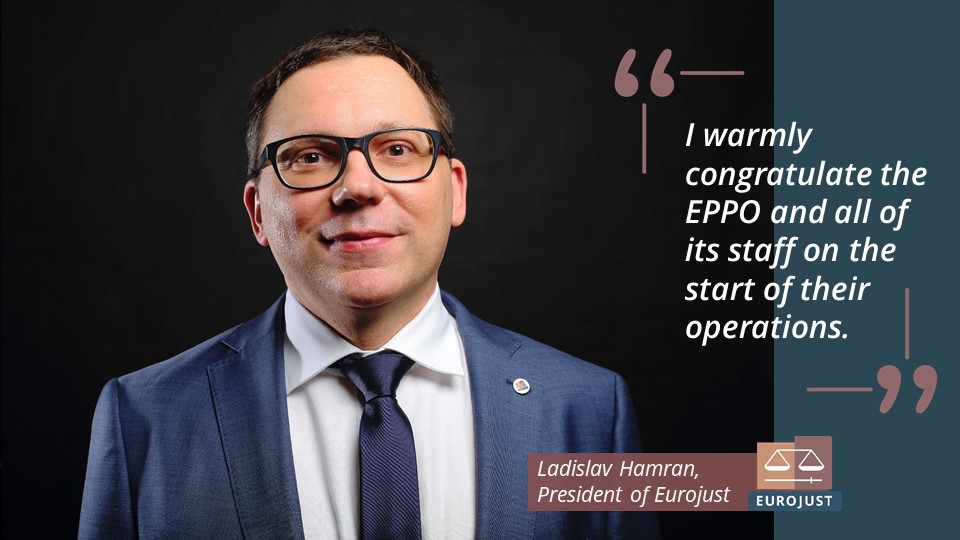 In exercising its mandate, the EPPO will be able to rely on a close partnership with Eurojust whose legal mandate equally includes, among others, protecting the financial interests of the Union. Eurojust and the EPPO will work hand in hand to safeguard to the fullest possible extent the taxpayer’s money that makes up the EU budget. To that end, they concluded a Working Arrangement in February 2021 that will govern the practical aspects of their cooperation. The challenges ahead are manifold, but a decisive step towards strengthening the fight against fraud with EU funds was taken today.

The text of the Working Arrangement between Eurojust and the EPPO is available here.