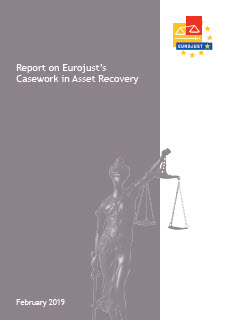 In a new report published today, Eurojust, the European Union's Judicial Cooperation Unit, takes an in-depth look at the experience on the ground in cross-border asset recovery investigations in the European Union between January 2014 and March 2018. The report is a practical guide for prosecutors and investigative judges around the European Union working on criminal financial investigations, explaining how to follow the money and subsequently freeze, confiscate and recover the assets.

Transnational criminal networks have one thing in common: money. Most criminal activity is profit-driven and all criminal groups need resources to finance their activities. Tracing, freezing and confiscating money that has been acquired by breaking the law is therefore a strategic priority in the EU's fight against organised crime.

To be successful in asset recovery, judicial authorities and police need to work effectively across borders. Criminals exploit loopholes within the European Union to move their assets and try to avoid freezing or confiscation orders. Financial investigations therefore often have a cross-border element and are often only one of the many aspects of a criminal case.

The detailed analysis of cases referred to Eurojust in the period 1 January 2014  31 March 2018 that is presented today is a practical guide for prosecutors and investigative judges around the European Union working on these cases. It identifies best practice and shows how to overcome common problems. The report outlines how Eurojust offers various types of practical support, including:

The asset recovery process has four stages (click on image to enlarge): 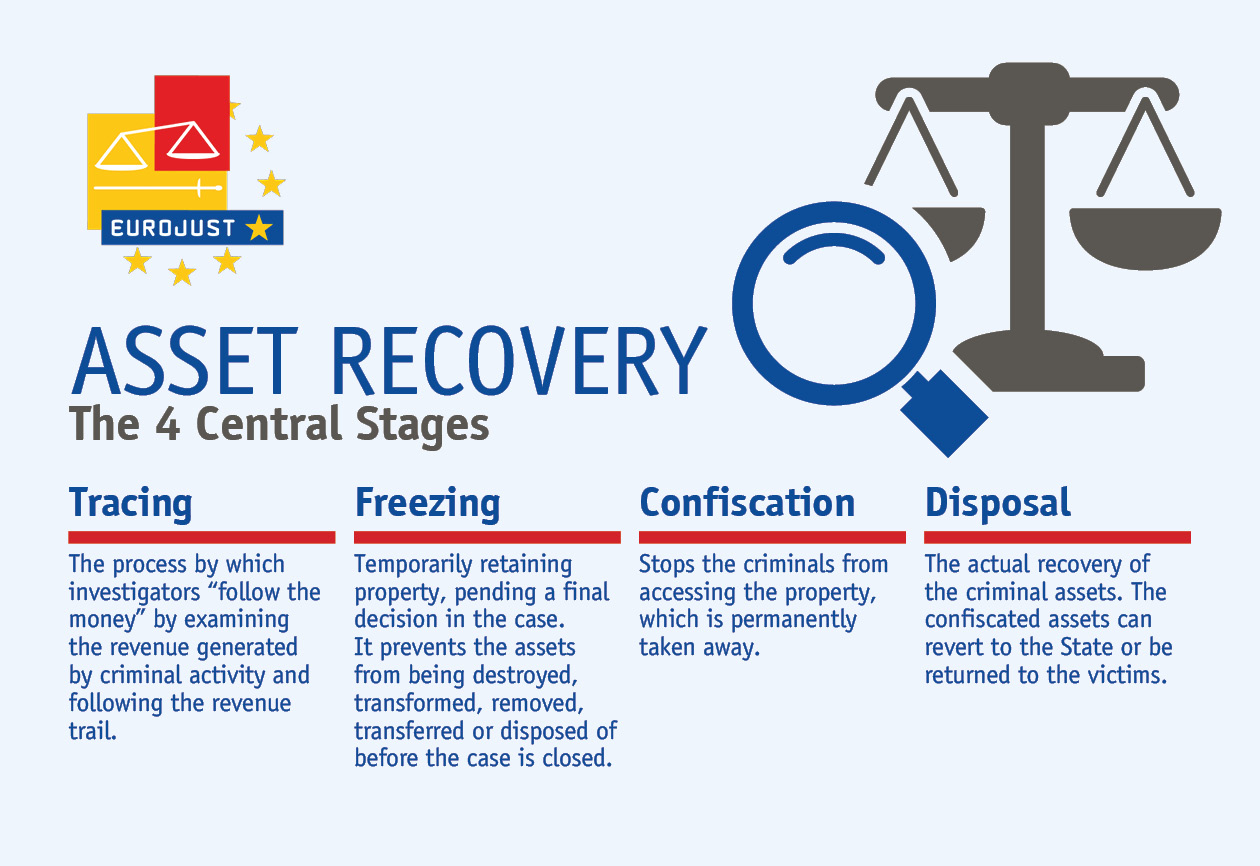 (2) Asset Freezing. Freezing of assets means temporarily retaining property, pending a final decision in the case. It prevents the assets from being destroyed, transformed, removed, transferred or disposed of before the case is closed.

(3) Asset Confiscation. Confiscation of assets stops the criminals from accessing the property, which is permanently taken away.

(4) Asset Disposal. Disposal of assets is the actual recovery of the criminal assets. The confiscated assets can revert to the State or be returned to the victims of crime.

The new rules will apply to the Member States bound by it as from19 December 2020 and will introduce a single regulation covering freezing and confiscation orders, directly applicable in the Member States and based on the principle of mutual recognition. The new regulation will complement the 2014 directive on the freezing and confiscation of instrumentalities and proceeds of crime.