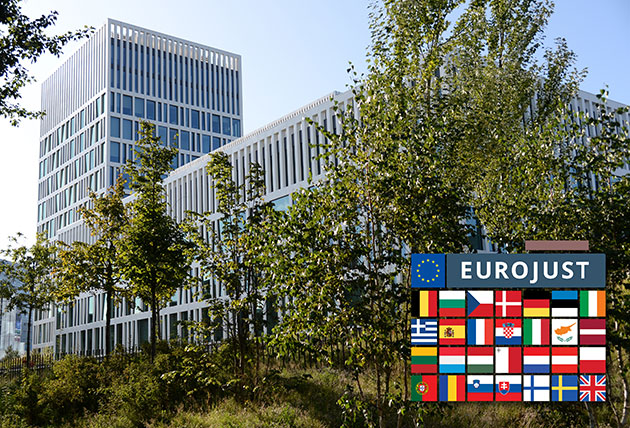 Eurojust today heralds a new phase in its development, as it officially becomes the European Agency for Criminal Justice Cooperation, with the application of the Eurojust Regulation as the new legal basis. The new Regulation will make Eurojust fit for the purpose of fighting increasing levels of cross-border crime, with an Executive Board dealing with administrative matters and giving the College of prosecutors from all Member States more leeway to focus on the continuously rising number of criminal cases. Eurojust will start applying many of the standard rules of the decentralised Agencies.

Eurojust President Mr Ladislav Hamran said: 'This is an important step for Eurojust, marking the beginning of a new phase in our existence. The new Regulation improves our decision-making process and gives us a more elaborate legal basis to work on. This means that we can continue to support National Members and their teams in the fight against cross-border crime, while being better prepared for the future challenges that await us.'

European Commissioner for Justice Mr Didier Reynders stated: 'The Regulation marks a new phase for Eurojust, just at the same time as a new phase for me has started as European Commissioner for Justice. This new legal basis and expansion of the scope are great ways forward to help Eurojust improve its actions against international criminal networks and to enhance security in the European Union. When it comes to security, the judicial component of all actions is of paramount importance, in order to ensure all over the European Union justice will be done. I look very much forward to good cooperation with Eurojust.'

Finnish Minister of Justice Ms Anna-Maja Henriksson said: 'Eurojust has become and is an important partner for the national public prosecution offices and investigating authorities of the Member States of the EU in their fight against cross-border crime. As crime becomes more cross-border, so must the crime fighters. The new Eurojust Regulation will enhance security and justice for all European citizens. Eurojust needs to be equipped to face new challenges posed by technological developments and the threats resulting from the evolving security landscape.'

The College of Eurojust, comprising all the National Members, will remain in place, as will the Administrative Director. An Executive Board will be established to assist the College.

The Executive Board will be composed of:

The Administrative Director attends the meetings of the Executive Board without the right to vote.

The College will be responsible for operational work and key management functions, for example:

The Executive Board will be responsible for:

The College of Eurojust adopted new rules of procedure for Eurojust on 20 December 2019. These are available here.

The data protection regime applicable to Eurojust will also change. For instance, the European Data Protection Supervisor (EDPS) will be responsible for the external supervision of our compliance, replacing the Joint Supervisory Body (JSB).

The UK and Ireland have decided to opt-in to the Eurojust Regulation in March and August of this year, respectively.