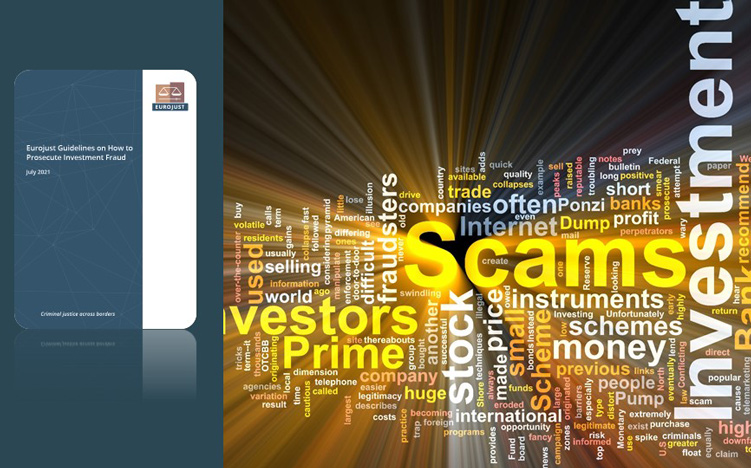 Online investment fraud is sharply rising, with Eurojust taking on three times as many cases over the past five years. To prevent investors and savers from further losing large sums of money via online scams, prosecutors are encouraged to quickly start freezing the bank accounts of the criminal networks behind such schemes. Furthermore, much earlier cooperation with their colleagues in other EU Member States or third countries and the rapid involvement of European agencies will lead to the more effective prosecution of fraudsters.

Ensuring prosecution in the right state can prevent fraudsters from receiving smaller sentences in other countries for similar fraud. An early-stage centralisation of investigations at national level or in one EU Member State can be beneficial to better identify the total number of victims. These are some of the main recommendations of the Eurojust Guidelines on How to Prosecute Investment Fraud, published today.

With the current low or even negative interest rates, many savers are looking for other ways to invest their money. Scammers are abusing this situation and offer promising online investments. 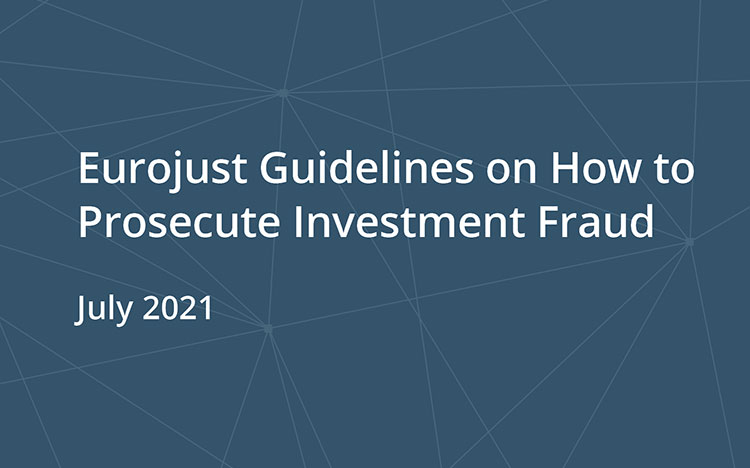 Eurojust Guidelines on How to Prosecute Investment Fraud

In many cases, they use professional-looking websites and call centres outside the EU with staff members even speaking the language of the investors. After initially making small gains, the customers are encouraged to invest higher sums of money, subsequently losing all their investments, often the complete savings of households.

The organised crime groups (OCGs) behind these kinds of fraud schemes operate internationally and in many cases siphon off the profits via strings of companies in different countries. The OCGs also do this to launder the money.

Investigations into these cases are complicated as investors sometimes do not come forward out of shame and do not always report their losses to the authorities. Due to the complex cross-border nature of the fraud schemes and the use of strawmen or lower-ranking collaborators, prosecution often proves very difficult.

The Eurojust Guidelines offer a series of concrete recommendations, such as trying to get an early insight into the total number of victims to get a better picture of the total scale of the fraud. To get justice done, it is of prime importance to ensure a coordinated approach at national and international level to prevent possible conflicts of jurisdiction.

Furthermore, it is essential to trace and freeze funds of suspects at the earliest possible state by issuing freezing certificates. Rapidly involving Financial Intelligence Units (FIU) at national level can further speed up investigations into the money trail of fraudsters.

In line with cooperation via FIUs, national Asset Recovery Offices should also be involved in the entire process. Contacting the concerned EU agencies, such as Eurojust and Europol, at an early stage is another important recommendation, to get a full overview of the transnational structures behind particular OCGs.